“During the lockdown last year, I came across a family who were trying to attempt suicide. ‘Corona se pehle toh berojgari aur bhook maar degi hume’ said the father. And it wasn’t the plight of one such family but many. So, we started Saday.

Initially we’d distribute free ration. As we reticulated, we were able to open Saday’s Home Kitchen and provide freshly cooked meals. Starting from 100 people we were able to serve 10,000 by the end.

But as the lockdown was lifted, we realized ‘there are still a lot of problems that remain unsolved. There were still a lot of issues like unemployment, sanitary hygiene, mental health that needed advocacy. So, we started collating forces.

Be it going to the Gurukul and educating young girls about periods. Or gifting a new tailoring machine to the master Ji who lost his job; we were adamant to make a change. The masterji was so happy, ‘I shall try to serve Saday until my last breath,’ he said. He stitches masks for our volunteers and distribution drives to date!

Even during the My Pad My Pride campaign, we had the opportunity to visit some refugee camps in Jahangir Puri. While distributing the reusable pads, a woman came to me and said ‘Aaj aapne meri soch badal di’. And it’s moments like these that give me sukoon at the end of the day.

There has always been a gap between the privileged and underprivileged. But, in the past 1 year, that chasm has been wider than ever before. With the lockdown being imposed once again; for the impoverished – It’s no longer a fight against hunger but a fight against vagrancy.

So, if you are privileged enough to read this post while you’re at home, I would urge you to stay helpful in tough times like these. Even if you decided to dedicate an hour of your day towards a cause, trust me it could save lives”

Saday has been taking various initiatives to make these tough times easier for the poor. Link for donations is as follows: “As an introvert, I had to push myself to come out of my comfort zone. My business opened a new door of work for me.”, explains Nielouphar Abdurahiman whose body of work includes the esteemed 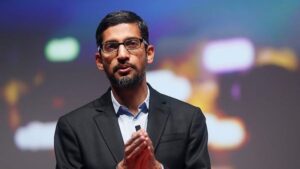 The CEO of tech giant Google, Sundar Pichai, gave a recent interview to BBC. In the interview, Mr Pichai has given remarks on internet freedom. Moreover, this interview comes after the new IT guidelines circulated Good food and cafes grab the top charts of everyone’s bucket list. While most of us hunt, some are busy creating them. Meet Ashish Singh Chandel, a Restaurateur, Chef Consultant and the Founder and Owner On Tuesday, Supermodel Gigi Hadid posted a note on her social media accounts. The letter addresses the paparazzi, press and fan accounts. Furthermore, the 26-year-old model is dating singer Zayn Malik since 2016. The couple The Unbending Will of Alice Sharma Practising law was a legacy in my family. Honouring it, I scored myself a good law college. But then, life decided to tune it’s difficulty to max settings. My 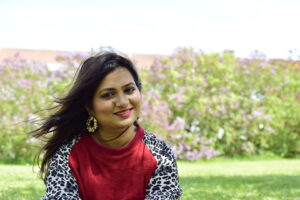 Jyoti Kadukar and her Amusing Dreams

Jyoti Kadukar and the tale of her amusing dreams “I’ve always been ambitious. Even while growing up I always yearned to leave a legacy behind and left no stone unturned in pursuing my career as