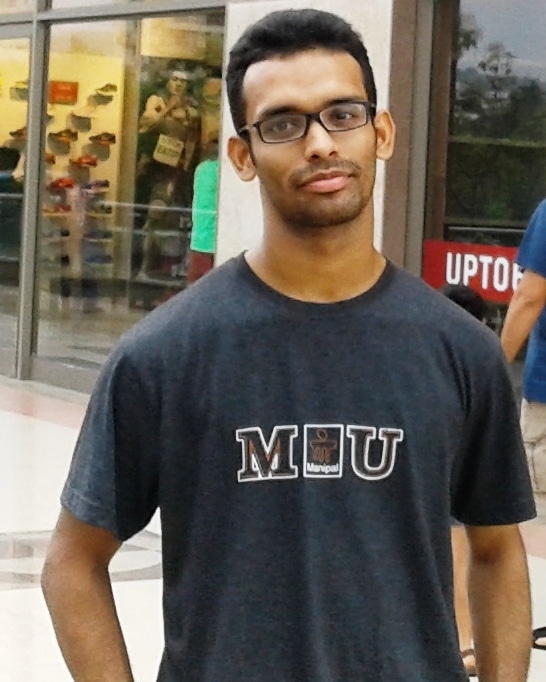 Focus on the ‘Ability’ in ‘Disability’ - Rohit George

I was born on 9 July 1993, a premature and underweight child, and spent a month in an incubator. After I was brought home, my parents went on a mission to ensure that I put on weight and soon enough, I became a very healthy baby, so much so that I was put on a diet as an infant!

Though I mastered the art of crawling very early in life, I did not walk until the age of three and my parents smelt something fishy about it.

Their fears were confirmed when I was diagnosed with Cerebral Palsy Spastic Diplegia, a by-birth condition that affects my movement, balance and co-ordination and is caused by damage to the brain during its developmental stages. The condition implies that I walk on toes instead of my heels and it also impacts the overall balance of my body. The toughest part of living with a permanent physical disability is acknowledging the fact that you have one. It took me a long time to accept that I had an incurable disability but once I managed to do that, my life became a lot simpler.

Acknowledging the nature of my disability simply meant I had to accept that my life would be different from everyone else around me. There have been many times in my life when I have been called numerous unpleasant names such as ‘langda’  and ‘crippled’. Unfortunately, however, enduring such abuse is simply part of being a differently-abled person in a country like India that is extremely overpopulated and has not been able to provide basic sanitization and primary education among other fundamental necessities to all its citizens to date.
Fortunately, I was born into a family that believed in maximising their abilities rather than mourning about their shortcomings and that is exactly what I was taught to do right from the start. I always had an innate interest in sports and grew up playing and watching different sports in equal measure to the best of my abilities.

While growing up I had my heart set on becoming a sportsperson and representing the country at the international level. And when I was selected to a part of my school’s under-eight football team, I firmly believed that it was my first step towards achieving that goal. However, after one year of being a permanently unused substitute, I decided to drop out of the team.
Though I left the team without playing a single match, I developed a passion for the sport during that time and I hope that it stays with me until I breathe my last. Since playing sports was not my area of expertise, I decided to do the next best thing and express my love for sports in words by becoming a sports writer.

Over the last eight and a half years, I have established myself as a professional sports writer and written more than a hundred articles for numerous websites. Today, I am listed as an analyst on India’s number one all-sports website, Sportskeeda.

While my family supported my interest in sports right from the start, they also made it clear that completing my basic education was of paramount importance. So after completing my BA in philosophy from Mumbai University, I pursued my Masters in Philosophy from Manipal University, Karnataka.  But I did not enjoy studying and got back to writing immediately completing my post-graduation.
Shortly after that, I was fortunate enough to find a job as an editor with a multinational company in 2018 that pays my bills and also allows me to pursue my other interests outside of work.

A year later, I developed a keen interest in standup comedy after watching Atul Khatri perform live at a sold-out auditorium in Malad, Mumbai. A couple of months after that event, I did my first open mic and have not looked back since then.
I recently completed one year as a stand-up comedian and I have certainly come a long way since my first open mic. Though I have a very long road ahead of me, in hindsight I am extremely happy that I took a chance with comedy as it has given me a platform to talk about things that are very close to my heart, like living with a physical disability in India.
I also find the comedy space to be a lot more inclusive and accommodating than a lot of other fields in the country since it gives me the chance to talk about some of my deepest fears and insecurities in a humorous manner. I must also mention that my disability has never been an obstacle in pursuing my interest in stand-up comedy. If anything, having a permanent physical disability has worked to my advantage since it has opened up an entire ambit of experiences that most other comedians cannot delve into. Going forward, I plan to continue talking about my life as a differently-able person in India through my stand-up bits and I hope that it inspires other differently-abled people to come out and share their stories as well.
I would like to point out that the word ‘disability’ cannot be spelt without ‘ability’. So, I urge everyone to focus on their abilities rather than their shortcomings and remember the words of my role-model Dwayne ‘The Rock’ Johnson, “Be humble, be hungry and always be the hardest worker in the room”. Once you do both these things, you can make whole world smell just what you’re cooking!