Anoushka Bidwalker - To My Toffee, Always and Forever

“Toffee came into my life when I was in 2nd standard. She was the kindest and sweetest German Shepherd you’d ever come across. Be it any in-house guests or animals, she would always welcome them all lovingly. But, a turn of fate changed everything.

In January 2020, Toffee escaped our house and in our society premises, we saw her lying lifeless. When nobody around was willing to tell us anything, we rushed to check the CCTV footage. One of our neighbors had failed to notice a rather full-grown dog in broad daylight, walking beside his SUV. My baby got dragged along with his car & died as a result of traumatic shock.

The man then got out of his car, noticed Toffee lying on the road & casually went to attend a party in our society as if nothing had happened. He didn’t even bother to inform us & when we went to confront him, he bluntly denied it. When we showed the CCTV recordings, he said ‘If your dog roams around in the premises without being watched over, this is bound to happen.

To this, some of our neighbors even stood by him and said ‘You left your pet alone, it’s all your fault’. We were shocked. Soon, my sister and I went to seek help from various animal welfare organizations & NGOs. But, they only had one thing to say, ‘There are limited rights for animals, you can’t press charges against someone if it wasn’t intentional. The man may not have had the intention to kill her, but what about his negligence? If it were a kid playing there instead of our dog, would the consequences be the same?

People advised us ‘It was just a dog yaar. Get a new one!’ And I realized that there would be so many helpless animals on the streets and nobody would even take notice of it.

So I decided that I wanted to do something which Toffee would live by. Hence I began Stray to the Heart. It took me time to gulp down the fact that Toffee is no more with us, but she indeed left me with a purpose in her memory. However, this is just the beginning and I will surely espouse the cause of helping animals and thereby making her proud!” 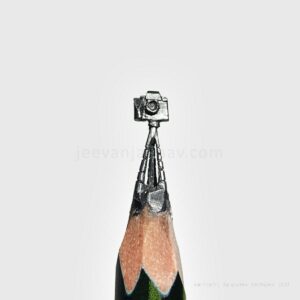 Not just another IT guy!

Not just another IT guy! Kabhi nahi socha tha, that one day my passion will turn into my profession. I was inclined towards art from a very tender age.’ Chahe woh chalk se black board

Inspired by the “Police job” and her mom’s unfulfilled dream of cracking the civil services, ACP Pragya, at her 6th grade, had decided to pursue the life of a cop. Hailing from Bihar, she has

Joel Thottan is the chief curator (app) of India’s largest storytelling platform, Terribly Tiny Tales. He has created trend-based content as a content creator. He’s also a dog-lover, a former Digital Strategist, and a writer A 14-year-old author would possibly sum up Vishika Tripathi’s success at such an age. Having written her own book ‘Ink on paper’, she portrays the bright future of Indian youth. Born in Kanpur, Vishika also

Sushank-Love seeks no boundaries I was bound by the ropes of denial and forced to shatter the mirror that reflected my true self by society.  Bullying at school not only dwindles the candle of self-esteem From PR to Spirituality

“After I give an elaborate description of what I do, people are still confused on what I exactly do? ” says Varsha Yadav who is a positive psychology coach, tarot reader, numerologist and a Reiki